On Friday November 7th, The Grounds Guys and The Sprinkler Guys of Barrie, celebrated weCARE Day. This is a time to reflect on our lost loves ones, and give back to our communities that have been so generous to us. This year we reflect on the lost of Dan Cotie, Peter Leonard, our good Friend Al Duxbury, Edward Pichurski, Jason Vanderheyden, Ck’s grandfather, and Charlie Shafiernich. These people have meant so much to our crew and family’s. They have help shape who we are how we act, we will be forever grateful for them. The Grounds Guys and Sprinkler Guys of Barrie were back in action at the Simcoe Hospice to beautify there grounds and light up there nights. 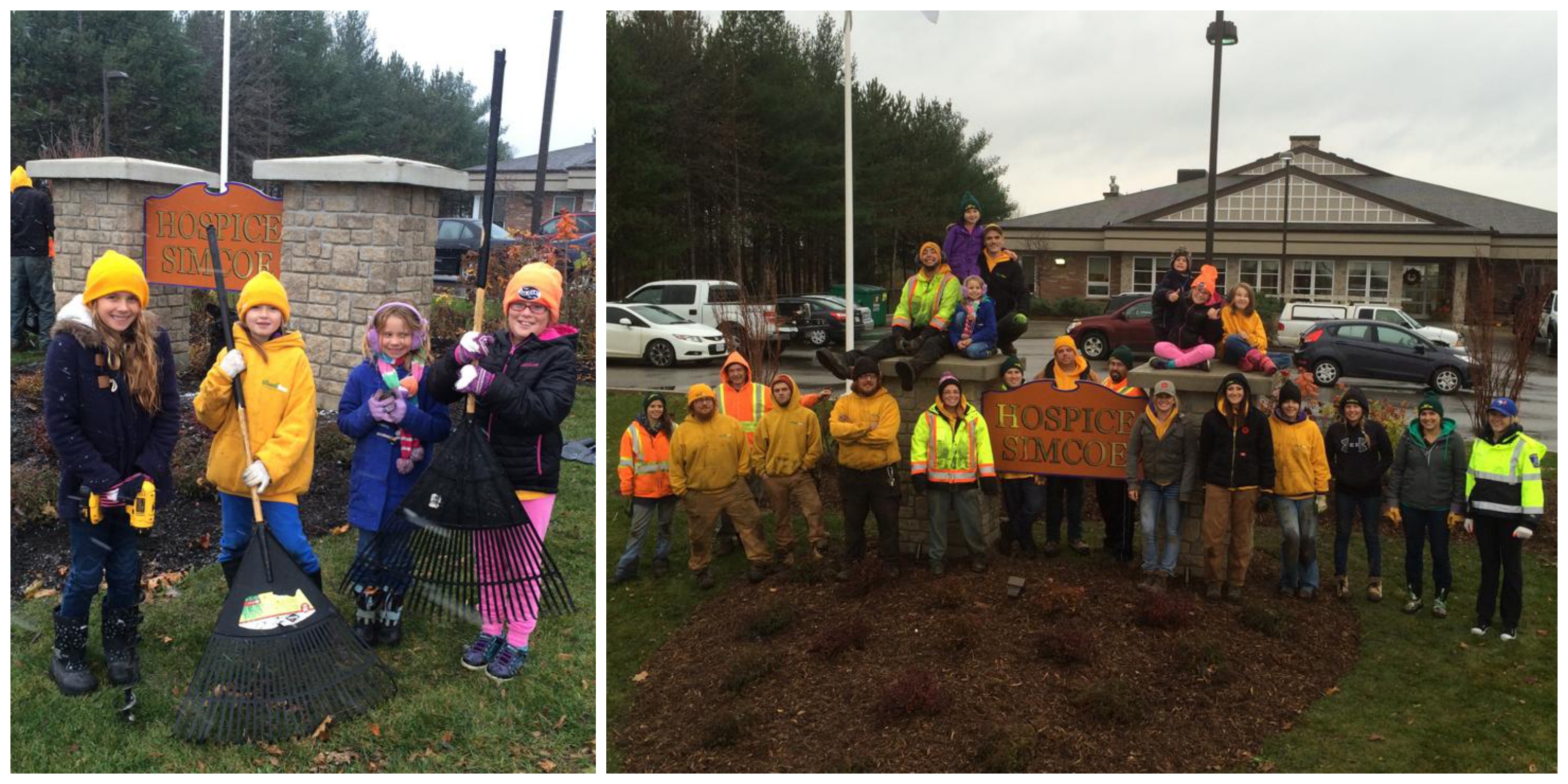 The Grounds Guys and Sprinkler Guys of Barrie proudly support Hospice Simcoe, a centre comforts and empowers those living with life-threatening illness and bereavement. Read more about Hospice Simcoe or donate online on their website here. 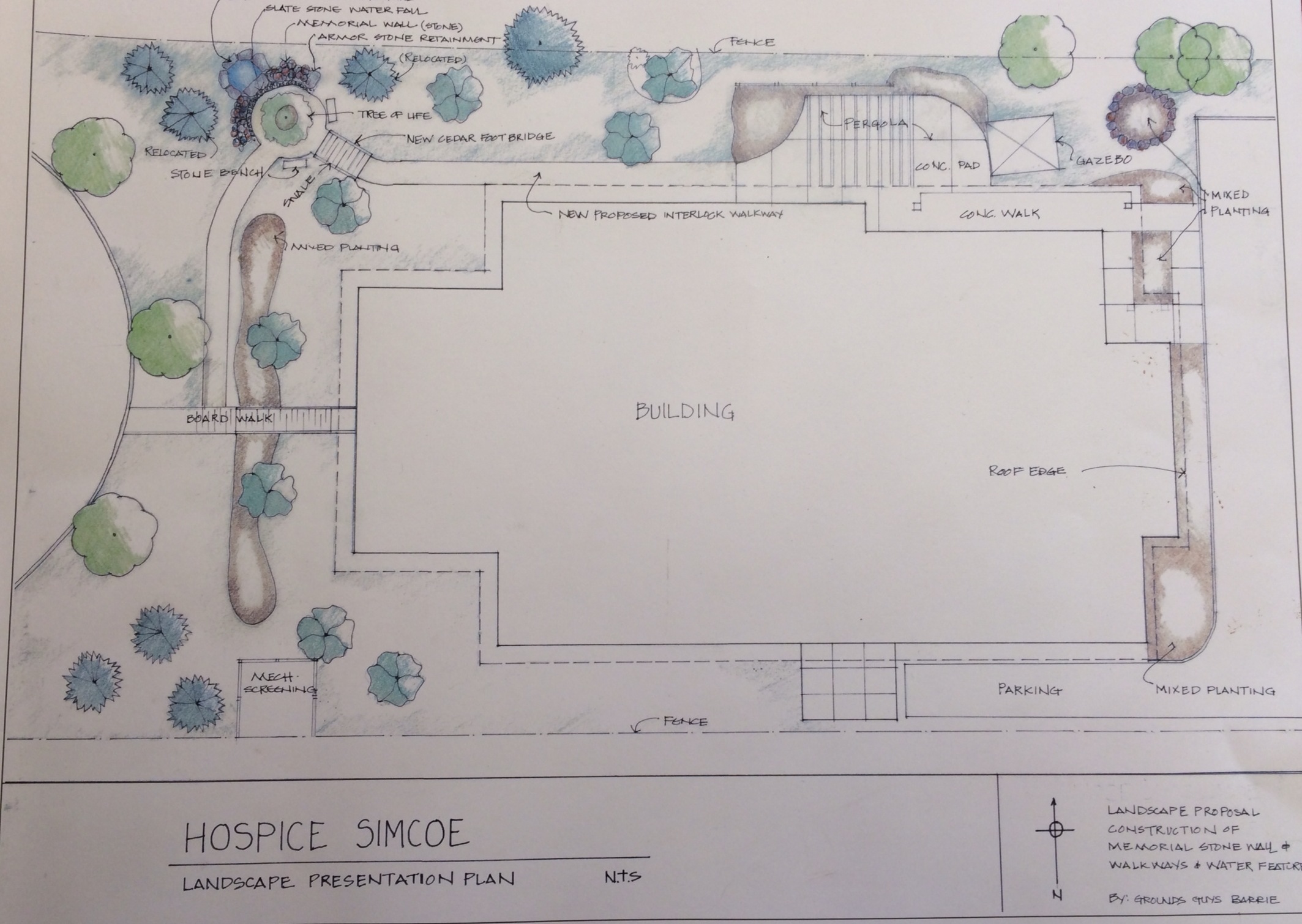 On November 8th, 2013, the Barrie Team donated their time and effort once again to improving the landscape at Hospice Simcoe. Too Tall Tim, Mascot of The Grounds Guys, also made an appearance to help put a smile on everyone’s faces! Thanks to everyone who participated!