Congratulations to Dave Kennedy of The Grounds Guys of Collingwood on winning the Franchise of the Year award for 2013, handed out during the Gala Awards Dinner at the company’s annual reunion. 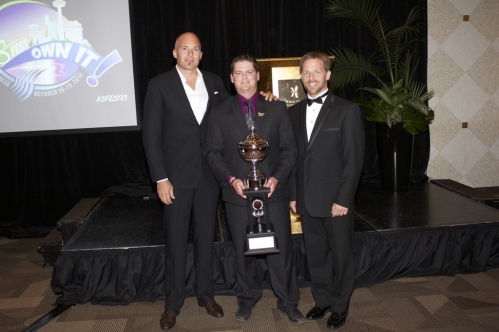 The Grounds Guys™ Team from Collingwood was announced as the winners of the Top Sales Award at the Grounds Guys™ 2011 reunion in Indianapolis, Indiana. The award went to the franchise who achieved the highest gross sales in the fiscal year prior to Reunion. Congratulations David Kennedy for your hard work to earn this award!